Some force mom to cut off the tags because “it’s itchy.” Others can’t sleep without the door being left slightly open. Why are children so picky?

At some point in their development, all children insist on doing something repeatedly. The bear must face the wall, not the door. The milk, they want in the orange cup and if you intend to use a different color cup, they don’t want to drink it because “you did it wrong.” All of these quirks, or what we can call mania, are normal, although they often drive us crazy.

The Most Common Mania

Although the list of common mania is endless, there are some that children prefer. Among them:

How to Deal with Your Child’s Fads

– The first thing to do is to understand the reason for the child’s quirks. Adults often forget that the child has to deal with many new situations that are imposed on him and this creates insecurity. The fact that things are stable in his environment makes him think that he has control over what happens to him. Ritual behaviors have a special meaning for those who practice them. They are usually irrational, but they are useful because they relieve tension and convey tranquility.

– Childhood quirks are fleeting. Sometimes these little rituals multiply, other times they disappear completely. They must be faced with understanding and patience. If the child’s habit is “bearable”, it is better to accept it and let it pass with time. Of course, the mania should not be encouraged by reminding the child when he forgets.

But if the child’s habit becomes a problem because it is dangerous or disruptive to family life, it is best to stop the behavior. The child will protest, but with firmness and gentleness, he will come to his senses.

How to Get Rid of Nail Biting?

Around the age of three or four, some children start biting their nails, a habit that must be eliminated before it becomes routine.

If you want to help him overcome this habit:

As a backup to the other methods, you can apply a harmless, unpleasant-tasting polish that is sold in pharmacies, although this method alone does not usually work. The collaboration of the child should always be sought; explain to him that this is not a punishment, that it is just a method so that he is aware when he is biting his nails so that he can stop.

Top 5 Tips To Understand And Talk To Your Teenagers

How to Hire a Nanny? 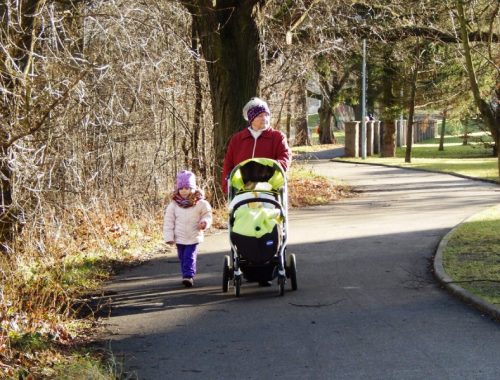